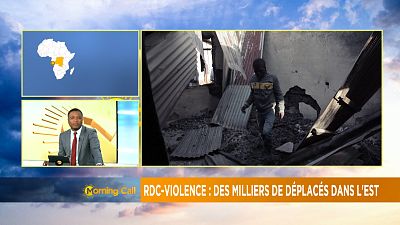 18 international humanitarian organizations have warned urgent action is needed to help tens of thousands of people forced to flee their homes following armed attacks in eastern Democratic Republic of Congo.

The organizations said this alarming situation was triggered by attacks which began on March 30 and have continued for a month in Beni territory, North Kivu.

Over 60,000 people have been displaced in April alone according to local health authorities.

We talk more about the situation there and efforts to solve the crisis a little later on the programme.