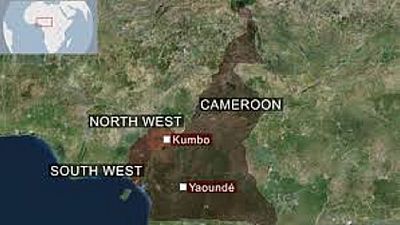 A separatist conflict in Cameroon that has forced half a million people from their homes is in danger of worsening, the head of a major aid agency has warned, condemning what he called the “international silence” over the crisis.

Jan Egeland, secretary general of the Norwegian Refugee Council (NRC), said the world had underestimated the impact on civilians of the violence that has gripped Cameroon, where entire villages had been burned to the ground.

“I’ve been all over the world, dealing with humanitarian work for many years and I was really shocked by the unbelievable extent of this emergency that is underestimated, underreported and neglected by the international community,” said Egeland.

I have been all over the world, dealing with humanitarian work for many years and I was really shocked by the unbelievable extent of this emergency that is underestimated, underreported and neglected by the international community

“There are atrocities every single day against civilians … and the world doesn’t seem to know or want to know about it,” he told the Thomson Reuters Foundation by telephone during a visit to Cameroon.

Egeland said the violence had pushed tens of thousands into hiding in the bush without access to food or medical help, and meant nearly a million children could no longer go to school.But he said there was a danger the situation could worsen.

“I really, really hope there will be mediation efforts, that there will be an outreach and an interest in dialogue on both sides that will lead to talks which can end this before it is too late,” he said on Thursday.

“I’ve seen too many places which started with a smaller conflict … and ended up in a war that no one could stop.”

In a statement Egeland, whose organization is distributing survival kits to victims including food, tools and materials for temporary shelters, said there had been little pressure on the parties to stop attacking civilians.

“The international silence surrounding atrocities is as shocking as the untold stories are heart-breaking,” he said.

“The violence has been characterized by massive human rights violations. Attacks against schools and health providers have reached an alarming scale,” she said.

“Negotiating safe humanitarian access is extremely complicated and it is slowing us down.”