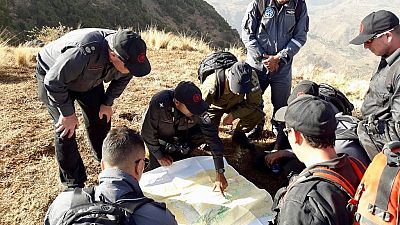 After weeks of burning, a coordinated firefight by Ethiopian and Israeli experts helped doused a raging fire in a forest reserve located in northern Ethiopia, inside the Semien National Park.

The Amhara regional government sought federal intervention over the fires. Kenya, South Africa, France and Israel were among the countries that offered varied expertise to assist in the fire fight.

An Israeli embassy official who joined the contingent that arrived in Addis Ababa to help in the effort tweeted their success on Wednesday.

“Mission accomplished! The application of advanced methods and the joint efforts made by the #Ethiopian authorities and the #Israeli firefighters mission resulted in the extinguishing of the wildfires in the #SimienMountains!” he posted on Twitter.

We’re working hand in hand with our Ethiopian counterparts, in order to implement the most efficient firefighting methods to to put down the fire ???? pic.twitter.com/zC8m57v7MH

About the Semien National Park

It is a 220 sq-km (84 sq-miles) park, in Ethiopia’s highlands, sometimes referred to as the “Roof of Africa” given that it forms the largest continuous area of elevation on the continent.

The park is listed as a UNESCO World Heritage Site, and is home to some rare animals such as “the Gelada baboon, the Simien fox and the Walia ibex, a goat found nowhere else in the world.”

Its summit, Ras Dashen (4,550 m), is the highest peak in Ethiopia. Lake Tana, the source of the Blue Nile, also lies in the northwestern portion of the Ethiopian Highlands.