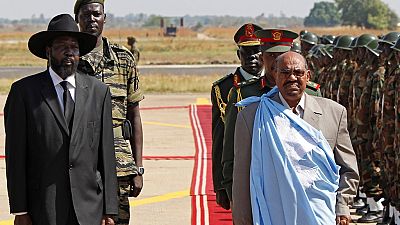 Kiir’s office said he was ready to support the “democratic aspirations” of his former adversary in Khartoum and help bring about a peaceful transition.

“The president has offered to mediate the ongoing negotiations among various groups in Sudan with the hope that the new transition will usher in a new day in Sudan…,” a statement by Kiir’s office said.

South Sudan’s petroleum minister told Reuters he had travelled to Khartoum to meet the new leadership, alongside a high-level delegation that included Juba’s security service chief and a presidential adviser on security.

Kiir’s move comes seven months after Bashir helped mediate a shaky peace deal between Kiir and the main opposition rebel group in South Sudan, which won independence from Sudan in 2011 after decades of conflict.

Bashir, who seized power in a 1989 coup, was himself toppled last week by the military, which has vowed free elections within two years, though protesters remain in the streets, demanding an immediate handover to an interim civilian authority.

Sudan’s south won statehood after almost half a century of civil war, marked by the mass abduction and enslavement of children, scorched earth tactics, ethnic cleansing and famines.

The loss of South Sudan cost Sudan much of its oil reserves, a heavy economic blow to the widely impoverished country.

While the divorce was acrimonious, the two countries remain closely tied.