A draw in front of a historic African location

The continent’s football governing body, the Confederation of African Football, CAF, is all set to conduct the draw for the 2019 African Cup of Nations, AFCON.

The event is taking place in front of the Great Pyramids in the Egyptian capital, Cairo. A number of African football legends are in town to grace the event.

It is a historic draw in its own right being the first time that twenty-four teams are going to compete and in a competition taking place mid-year, away from the traditional January – February.

Our LIVE coverage brings you all the big occurrences as it happens. Whiles taking you back into some African football history facts. The following areas are covered as you scroll down.

The first fixture is set ? pic.twitter.com/JKtSHqtTGX

Egypt beat South Africa to replace Cameroon as AFCON 2019 hosts. This will be the fifth time the country is hosting the tournament.

The last they organized was in 2006 when they won the trophy on home soil. They’d go on to defend the trophy in 2008 in Ghana and win it again in 2010 in Angola – their seventh title.

The president was represented by his Prime Minister. In 2016, Gabon President Ali Bongo was present as well as his PM

PHOTOS: Colour and Culture – Egypt to the world
???? #TotalAFCON2019 pic.twitter.com/QW3HvmqPkO

Highlights from speech of CAF president 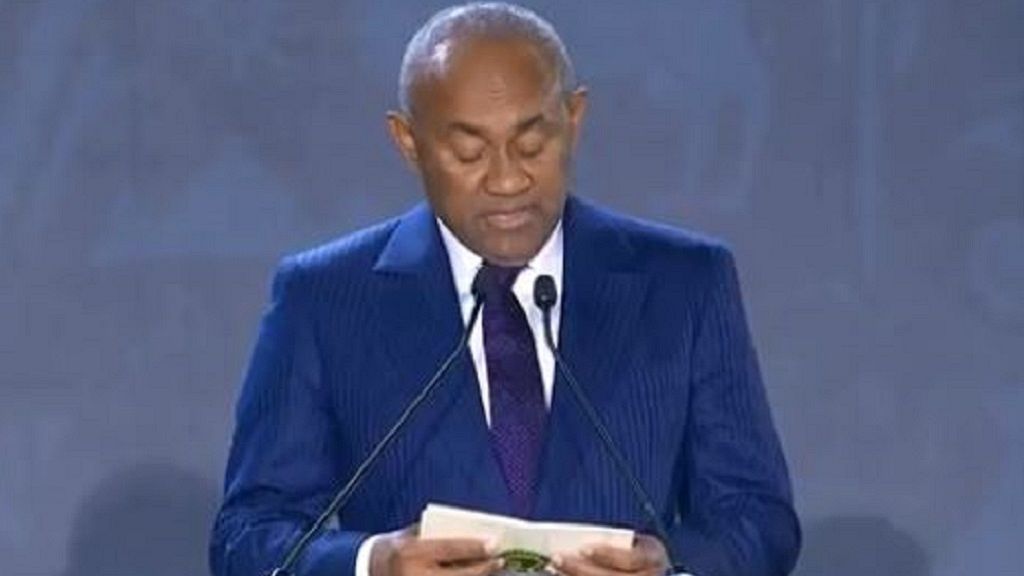 IN DEPTH: Profiling the 24 teams that qualified

Who will conduct the draw?

The fate of several teams that will be hoping for a favorable draw will lie in the hands of mother luck, who on this occasion will be represented by Ivorian legend Yaya Toure, Egypt’s Ahmed Hassan, Morocco legend and current assistant coach, Mustapha Hadji and Senegal’s El Hadji Diouf.

The continent’s football governing body, the Confederation of African Football, CAF, is all set to conduct the draw for the 2019 African Cup of Nations, AFCON.

CAF said its Executive Committee at a meeting on Thursday, 11 April 2019, in Cairo, Egypt approved the draw procedure for the tournament slated for Egypt later this year.

The procedure was proposed by the Organising Committee at its meeting 24-hours earlier. The draw takes place in Egypt on Friday evening.

The pots and seedings of the 24 qualified teams were decided based on the latest FIFA World rankings (released 4 April 2019), which is globally accepted and portrays a true reflection of the state of the qualified teams.

Egypt is pooled in Pot 1 because of their status as hosts of the competition whiles Cameroon is also in the same pot by virtue of being the defending champions.

Only Egypt’s slot is known because they are the first team in what will become Group A.

With a little over an hour left to the main event of the day, guests have started arriving at the venue.

We have to say ghanafaofficial, James Appiah looking ?? #TotalAFCON2019 pic.twitter.com/ITp9j3XmPy

The one and only Hassan Shehata of Pharaohs is here!

Hervé Renard EnMaroc main man ? Elegant on and off the pitch ?#TotalAFCON2019 pic.twitter.com/sBd1vOIUGY

From a legend to a coach ? Aliou Cissé has been doing his magic with ?? #TotalAFCON2019 pic.twitter.com/YeaadG1zsp

Several football enthusiasts have been marveling at the beauty of the Sphinx and the pyramids, which will play host to the draw.

And this is how the #AFCON2019 draw in Giza venue will look like at night! Beautiful. Magnificent. ??

Never a single shade of doubt that Misr will host a grand event. ???? pic.twitter.com/NCvuBnPPFe

Great to be in Egypt for the CAF_Online #TotalAFCON2019 draw!!

The one and only Rigobert Song will be
attending tomorrow's draw! ???#TotalAFCON2019 pic.twitter.com/Ar7UBH7knA

The four times winner ????
Ahmed Hassan is joining us tomorrow in the draw! ? #TotalAFCON2019 pic.twitter.com/3dRZwaPXr0

Apparently, some of you guessed right ?
We are so excited to have Côte d'Ivoire's legend Yaya Touré this Friday! ?? #TotalAFCON2019 pic.twitter.com/uhYK483Ueg

YES! He is the wonder-Moroccan Mustapha Hadji.
Can't wait to see him once again in the draw! ?#TotalAFCON2019 pic.twitter.com/MoCsW0soZo

? Only a few guessed it right! The Nigerian Legend Emmanuel Amunike and the current Tanzanian coach will be attending the draw next Friday. ???#TotalAFCON2019 pic.twitter.com/AZLMIvAKJ5

You guessed right! He is the Senegalese legend El-Hadji Diouf who will be attending the draw next Friday! ??? #TotalAFCON2019 pic.twitter.com/hmxJBoXqtC