Nigeria bans mining in Zamfara state after surge in banditry 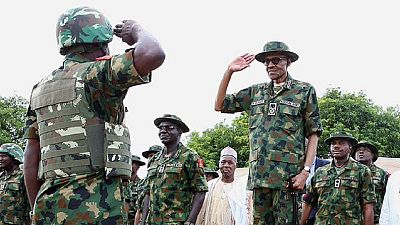 The Nigerian government on Sunday announced a ban on mining activities in the northern Zamfara State. The move is in line with the wider state of insecurity in the state.

The government said the decision is in line with intelligence reports that show a “strong and glaring nexus between the activities of armed bandits and illicit miners – with both mutually re-enforcing each other.

The three directives issued were as follows:

The Nigeria Police Force has commenced, in collaboration with the Nigerian military and other security services, “Operation PUFF-ADDER” which is a full-scale security offensive against the bandits.

The operation is aimed at:

- reclaiming every public space under the control of the bandits

- arresting and bringing to book all perpetrators of violence in the affected areas, and their collaborators

- achieving total destruction of all criminal camps and hideouts

- mopping up all illicit weapons fueling the violence and attaining a full restoration of law and order in the affected communities.

Buhari decries ‘ridiculous’ claims of apathy to insecurity in Zamfara

President of Nigeria Muhammadu Buhari has strongly rejected claims that he is indifferent to insecurity in the northwestern Zamfara State.

Buhari who on Saturday was widely reported from Jordan as saying he was the most unhappiest president in the world because of the security crisis in the state used his social media handles to directly respond to the reports.

He called the claims ridiculous and unfair stressing that protection of citizens was one of his primary responsibilities and functions. No other issue dominates my attention as much, he said.

He further disclosed being in touch with security chiefs over the crisis. Reiterating the multi-sector operations by different agencies to improve the security situation across the country.

According to him, it was important for all Nigerians to rally round a common enemy and not to politicize the issue in Zamfara.

“Let me again offer our deepest condolences to all the victims and their families and loved ones. We feel your pains, and there is nothing more important to me at this time than ensuring that these bandits and criminals are completely neutralized,” his statement concluded.

On Saturday, activists staged a demonstration in the capital Abuja against the ongoing insecurity crisis in Zamfara. A leader of the group decried the indifference of the federal government whiles slamming the outgoing governor as useless.

The killings, kidnapping and banditry in the region has been on for the past few months. People on social media have rallied support for the deteriorating situation often calling out the federal government over its seeming lack of attention.

Buhari won in Zamfara in the February 23 elections whiles the ruling All Progressive Congress’ candidate also won the gubernatorial polls. Outgoing governor was also elected as a Senator for the state.

Nigeria’s security situation is a complex mix that has a concentration of efforts in the northeast seeking to keep out Boko Haram and the Islamic State. In 2018, communal clashes also led to deaths of thousands across the middle belt.

The north central and parts of the northwest especially Kaduna and Zamfara States have routinely suffered kidnapping and banditry. It is widely reported that security agencies are stretched in seeking to root out insecurity.