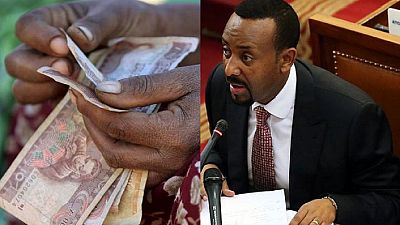 Ethiopia’s prime minister Abiy Ahmed has been described as a reformist, credited with turning around the political, business and diplomatic climate in less than 12 months since he took office last year in April.

Abiy’s decision to pursue reconciliation with Ethiopia’s neighbour Eritrea, has paid dividends, triggering a wave of diplomatic breakthroughs in the Horn of Africa region.

The peace deal has also had positive effects in the political and economic spheres, as rebel groups that sought refuge in Eritrea return home, and trade is boosted by the new possibilities of access to the sea via Asmara.

In this article, we’ll specifically highlight the key reforms that Abiy has undertaken to steady the economy that was straddled with debt, and facing a crippling foreign currency shortage at the time he took over.

While Ethiopia has been the fastest growing economy in Africa for the past decade, the landlocked country of 100 million people is heavily dependent on imports.

At the time Abiy took office, analysts said the country’s foreign currency reserves had been reduced to less than one month’s worth of imports, partly because of high expenditure on big infrastructure projects.

Having warned that the currency crisis might last for 15 or 20 years because of government’s plans to continue expanding its infrastructure and the nascent manufacturing sector, Abiy has embarked on a process of liberlising the economy to attract foreign direct investment.

In Julyu last year, Abiy called upon all hoarding hard currency to deposit it in banks, warning that those anyone who refused to heed the call would be tracked down.

A diaspora fund was also opened to ask Ethiopians living abroad to contribute towards easing the foreign currency crisis.

In February, Ethiopia’s finance ministry announced that government will give priority to the partial privatisation of Ethio Telecom as it takes notes on the best approach to the process of liberalising the economy.

Working to offset the limitations of being a landlocked nation, Abiy’s government has secured port deals with all its neighbours which have access to the sea (Kenya, Sudan, Eritrea and Djibouti).

Under Abiy, Ethiopia has also embarked on a ‘Doing Business Initiative’, that is aimed at creating a conducive environment for businesses to start up and to also have access to finance.