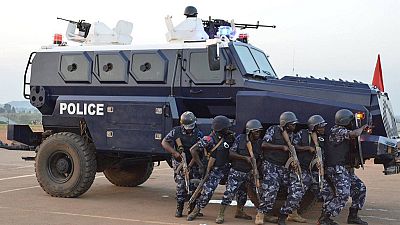 Four Ugandan police officers are to be charged with murder, conspiracy and professional misconduct, the police force said in a statement on Wednesday.

The charge is in relation to the extrajudicial killing of one Ssebulime Ronald, a motor rider who was suspected of being a criminal element – described by the police statement as a ‘dangerous person.’

The rider on Sunday March 24, 2019 was shot dead by a police emergency team that chased him and a co-motorist after a Minister of State, Aida Nantaba, reported their suspicious appearance.

We regret that our initial media release of Sunday, 24th March, 2019, surrounding the drive by threats by Hon. Idah Nantaba was not totally accurate.

The indicted officers whose names were given as Ssali Edward, Opira Ronald, Bangaza Ronald and Cherotich Robert (the last officer is at large) are said to have misled the police in their reports that framed the deceased as a criminal.

Local media had widely reported that there had been an assassination attempt on the minister with a police statement at the time confirming the said attempt based on available facts.

“Several shots were fired in their direction, to cause them to surrender, but all in vain. In the process, Sebbulime Ronald a resident of Nakabugo Village, Nakabugo Parish, Pakiso Sub County, and Busiro County in Wakiso District was shot dead during the pursuit,” police said in a tweet.

“We regret that our initial media release of Sunday, 24th March, 2019, surrounding the drive by threats by Hon. Idah Nantaba was not totally accurate,” the first line of the updated police statement said.

Other parts read: “We once again extend our sympathies to the family of Ssebulime Ronald, who was shot and killed by our officer. His cause of death was due to hemorrhage following gunshot wounds.

“The police does not condone any acts of extrajudicial nature, reason why we are holding the suspects accountable for the death of Ronald Ssebulime.” They thanked locals and the media for cooperating to establish the real facts of the case.