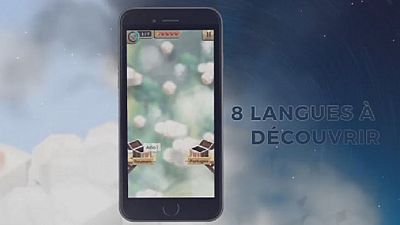 The application called ‘‘Romanica’‘, features languages from Occitan to Corsican, French to Romanian.

Its graphics are simple and the app is available on tablets and smartphones. The theme of the app includes greetings, time, travel and arts.

This game is a way of bringing together languages and cultures. Eight Romanian languages: our languages, our cultures.

“ In Europe there are many languages, and among these languages, there are also languages that are consecrated as Romanian languages, so they all come from the same origin. And this game is made to show that these languages are not very different and that even without having learned them and without educational purpose within the game, we can manage to understand what the words mean and succeed in playing with them to progress and pass the time “, said Jordy Embun, producer at CCCP, an Indie games development studio.

Created as part of the Franco-Romanian cultural season, Romanica, embodies the ‘‘bilateral project’‘ of major interest between both countries in the world of culture.

Produced by a French studio, Romanica, is available for free on download platforms. Updates are expected within two months.

A partnership is expected to be formed between the game producers and the French Ministry of National Education, so that Romanica can be used in schools for learning languages.

The initiative was praised by the Romanian Ambassador to France who welcomed this interest in languages, boosted by digital technology.