Embattled Bashir steps aside as head of Sudan ruling party 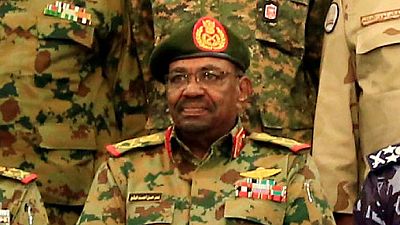 Sudanese President Omar al-Bashir on Friday delegated his powers and authority as head of the ruling National Congress Party to its deputy head, Ahmed Mohamed Haroun, until the party’s next general conference, the party said in a statement.

Haroun, who is wanted by the International Criminal Court for alleged war crimes committed in Darfur, was elected by the National Congress Party as its deputy head this week.

Bashir is himself the subject of a war crimes arrest warrant issued by the ICC a decade ago. Most African nations who have signed the treaty forming the body have hosted him but refused to effect the arrest.

The main call by unrelenting protesters has been for him to resign as president. As at Friday, March 1, the protests have entered the fourth month having started in December 2018.

Bashir has stressed that he was not going to cower to demands to leave except that he will leave after elections are held. Polls are next scheduled for 2020.

The party had before the protests broke out put forward legislation meant to abolish term limits, set at two, to allow Bashir contest when next polls are held.

At the announcement of a state of emergency late last week, he ordered the plans for term extension to be shelved, dissolved the government and in the days that followed made a raft of political, military appointments.

They have, however, done little to quell the protester demands. Even a ban on protests issued early this week has flagrantly been challenged as people continue to hold mass rallies.