Deadly bomb blasts in the Somali capital, Mogadishu, on Thursday evening claimed the lives of over a dozen persons, according to local media reports.

The first attack was executed on the Maka l-Mukarama road, a busy area where locals and others meet to socialize daily. The blasts were also accompanied by gunfire.

There was an estimated duration of an hour between the first and second blasts. the second took place outside an area called Nasa Hablod 1 close to the famed K4 junction.

Harun Maruf, a journalist and author with the Voice of America, VOA, said the blast was one of the heaviest in recent times. A huge fire is seen in photos shared on social media.

“This kind of bombing in one of the most populated areas of Mogadishu, at a time when ordinary people sit outside hotels and restaurants just to socialise. Horrific scenes,” the journalist said in a tweet.

Several buildings including the Ga’al Pharmacy, Wardhere Hotel and two restaurants were damaged from the impact. With dark already falling, police and rescue agents had a hard time accessing the scene.

Maruf refers to the situation as a complex attack because of exchange of gunfire and grenade explosion inside the Maka Al-Mukarama hotel. residents say insurgent group Al-Shabaab have men in the hotel carrying out the operation.

The group had earlier said they were behind the attack. They have often deployed fighters to inflict deadly attacks on members of the security forces, the ordinary population and other peace keeping contingents across the country.

We were so lucky to survive the huge blast this evening in #Mogadishu. I and my colleague HM Dahir were sitting down in Maka Almukarama hotel .We first heard gunfire followed by a very demolishing blast The scene changed into darkness.Heavy smoke went high. More bodies were scene pic.twitter.com/JXxn9NdwBK 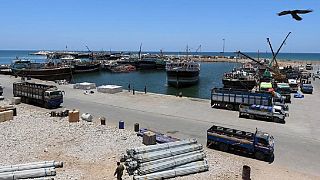 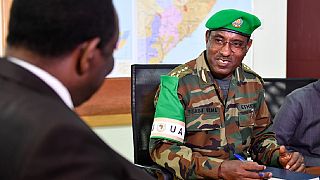