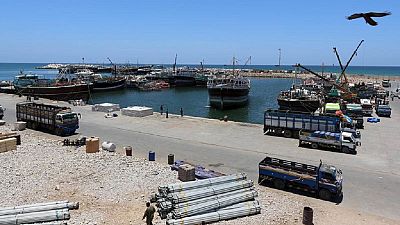 A port operator in Somalia has been assassinated at the Bosaso port, reports have indicated. Paul Anthony Fermosa was with the P&O ports which is a subsidiary of the United Arab Emirates’s DP World.

Local media confirmed that two attackers were deployed to undertake the action. One of the attackers was killed whiles the other was captured by security forces.

A journalist who closely covers the insurgency reported that one of the assailants had disguised himself as a fisherman before the attack was launched. DP World has a 30-year concession to manage the port.

BREAKING: The head of P&O Port operator at Somalia’s Bosaso port was fatally shot this morning, per Security source. The Al-Shabaab militant group claimed responbility for the killing of the man said to be Italian/Maltese. Puntland forces shot and killed the attacker.

Al-Shabaab militants have confirmed being behind the attack. They have undertaken similar assassination attacks on locals and expatriates working in the country riled by insurgent violence.

Meanwhile, a heavy explosion has been reported in the heart of the capital, Mogadishu. A resident is quoted as saying the explosion occured in the area around a shopping mall.

Photos from the scene of the blast in #Mogadishu’s #Hamarweyne district. #Somalia pic.twitter.com/olO5tUWnAL