'I will congratulate myself, I'm going to be the winner' - Nigeria president 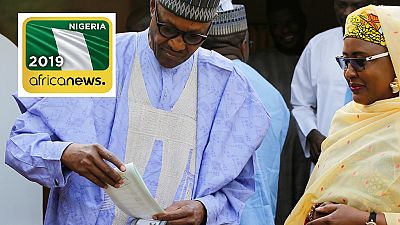 Nigeria’s president Muhammadu Buhari says he will congratulate himself at the end of today’s election because he was going to emerge victorious. His main opponent, Atiku Abubakar, after voting said he was looking forward to a successful transition.

Speaking to reporters after casting his ballot in his hometown Daura in the northwestern Katsina State, Buhari responded to whether or not he will handover if defeated: “I will congratulate myself, I’m going to be the winner. Thank you very much.”

He said he was very hopeful indeed of securing a second and final term in charge of Africa’s most populous nation and its biggest economy. He urged Nigerians to come out and vote as he had.

Over in the northeast, in Yola, capital of Adamawa State, his main contender and former vice-president Atiku Abubakar said he was looking forward to a successful transition after casting his ballot.

Atiku a former ally of Buhari has called on voters to repeat the 2015 feat where an incumbent was voted out. The two opponents were in the the same camp when the ruling All Progressives Congress, APC, defeated the Goodluck Jonathan led government.

Atiku abandoned the APC and rejoined the now main opposition Peoples Democratic Party, PDP, under which he had served as vice-president for two terms, i.e. 1999 – 2007.