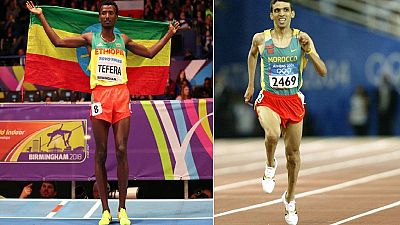 Aged 19, Ethiopia’s Samuel Tefera raced across the line in Birmingham to break a world indoor record over 1,500m but he says he did not even originally plan to partake in the event let alone break the record.

The record is one that dates back to 1997 when Moroccan middle-distance great Hicham El-Guerrouj ran the distance of 3:31.18, set in Stuttgart.

He told the BBC: ‘‘Let alone breaking the world record. I had not planned to participate before,’’ but he relishes the moment, ‘‘I am very happy. Words can’t express my happiness.’’

Let alone breaking the world record. I had not planned to participate before.

He beat fellow country man Yomif Kejelcha, who Tefera said he expected to win the race having come close to the the mile world record last week.

Tefera overtook his compatriot with 200m to go and finished in three minutes 31.04 seconds.
‘‘I was expecting Yomif [to win] too,” Samuel said. Kejelcha, who was undefeated indoors this year, clocked 3:31.58.