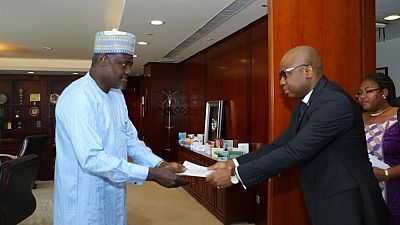 The Trade and Industry portfolio at the AU is working towards securing the 22 ratifications required to effectively bring the AfCFTA into force, before the Heads of State Summit next week.

“At the current pace of ratification, we can anticipate the entry into force of the agreement in the coming weeks,’‘ Faki said, as he addressed the opening ceremony of the AU Executive meeting in Addis Ababa on Thursday.

‘‘I hope that the six countries that have not yet signed this instrument will do so in the shortest possible time and that those who have already taken this step will quickly conclude the ratification procedures.’‘

This week, Ethiopia and Djibouti became the latest nations to ratify the deal that seeks to increase intra-African trade by 52% by the year 2022.

The AfCFTA is one of the AU’s priority projects under Agenda 2063.

Faki also highlighted that to achieve the objectives of the Free Trade Area requires the quick ratification of the Single Air Transport Market and the Protocol on the Free Movement of Persons, and the African passport, as part of the integration process.

As part of an ambitious reform agenda, the chairperson added that establishment of the AU’s financial institutions including the Central Bank, the investment bank and the African Monetary Fund, must be accelerated.

Faki also reiterated the organisation’s focus on finding sustainable solutions to forced displacement across the continent. The AU’s theme of this year is devoted to the issue of refugees, returnees and internally displaced persons.

‘‘Africa has the second highest burden of displacement, hosting about 37 percent of the world’s 19.6 million refugees and having 39.1 million internally displaced people,’‘ noted head of the UN Economic Commission for Africa (UNECA), Dr. Vera Songwe in her opening remarks to the ministerial meeting.

‘‘An Africa in search of growth cannot afford the luxury of camps of unproductivity, with its kids out of schools and women living in a state of entrapment.’‘