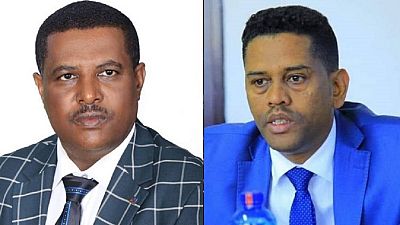 Seyoum, who was appointed in November, alongside her female deputy, Helen Yosef, have now been replaced by two men; Nigusu Tilahun and Kassahun Gofe respectively.

Abiy’s government has championed gender-parity in government positions, appointing women to the positions of president, chief justice and electoral commission chief, in addition to naming a cabinet with as many women as men.

His deputy, Kassahun served as a state minister of urban development and construction and government communication affairs office (GCAO).

The prime minister’s officer is currently restructuring its communications, after the months of being directly handled by Abiy’s previous chief of staff, Fitsum Arega.

The press secretariat is a new office under Abiy’s new chief of staff, Shimelis Abdissa.