China tells US to learn from Zambia denial: 'Reflect, before blurting things out' 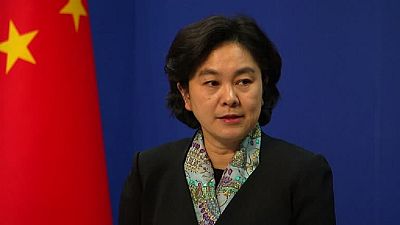 China’s foreign ministry on Monday said it hoped that the United States has learned ‘not to blurt things out’, following Zambia’s denial of claims by a White House official that China is about to take over its state power utility to recover debt.

Speaking in Beijing at a daily news briefing, Chinese Foreign Ministry spokeswoman Hua Chunying said this wasn’t the first time a U.S. official had been caught out on this kind of issue, though she gave no details on that.

“I hope the they can learn a lesson and reflect on things, and going forward not blurt things out again,” Hua said.

I hope the they can learn a lesson and reflect on things, and going forward not blurt things out again.

U.S. National Security Advisor John Bolton said on Thursday that China’s quest for more power in Africa was evident in nations like Zambia, where China was poised to take over utility company Zesco to collect the $6-10 billion debt.

Zambian presidential spokesman Amos Chanda told Reuters that China was not planning to take over Zesco and that the figure of between $6-10 billion given by Bolton was wrong.