Zambia denies US claims of Chinese takeover of power company 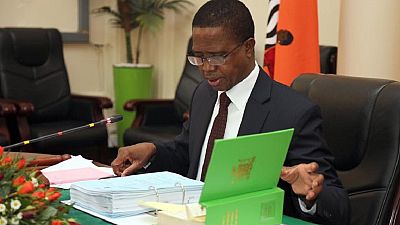 Zambia has denied claims by a White House official that China is about to take over its state power utility to recover $6-10 billion debt, noting the utility was never provided as collateral and its debt to Beijing was only $3.1 billion.

U.S. National Security Advisor John Bolton said on Thursday that China’s quest for more power in Africa was evident in nations like Zambia, and China was poised to take over Zambia’s utility company Zesco to collect the debt.

Zambia’s presidential spokesman Amos Chanda told Reuters the figure of between $6-10 billion given by Bolton was wrong. Zambia’s total external debt was now $9.7 billion including $3.1 billion owed to China, he said.

“It is regrettable that such information can come from such a high-ranking official. In fact, Zesco is not within the scheme of Zambia’s debt to China,” he added.

Bolton had called the business practices of China and Russia in Africa “corrupt” and “predatory” and said the United States planned to counter their economic and political influence.

President Edgar Lungu said last month Zambia is committed to improving the transparency of its debt management and will ensure that debt levels remain sustainable.

Finance minister Margaret Mwanakatwe said last month the government plans to send a delegation to China by the end of this year to discuss Zambia’s debt and debt restructuring.