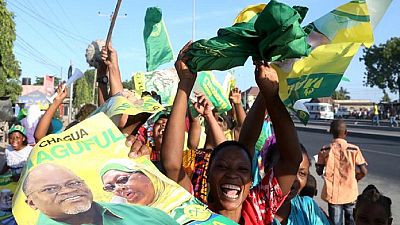 Opposition parties in Tanzania have called upon legislators not to pass proposed amendments to a law governing political parties, saying it would criminalise their activities.

At a news conference in the capital Dar es Salaam on Sunday, Hashim Rungwe, chairman of one of 10 opposition parties, said the proposed amendments would curtail constitutional freedoms.

“The proposed bill is against the constitution and political parties were not involved from initial stages and even after providing our views, they were not considered,” he said.

If this bill is passed by the parliament as it is, it is going to criminalise political activities.

“If this bill is passed by the parliament as it is, it is going to criminalise political activities,” he added.

“The bill is full of criminal punishments which make political activities … crimes.”

He said the law imposed penalties of jail sentences or big fines for minor infringements.

Among its provisions, the new law would ban parties from functioning as “activist” groups. It would give sweeping powers to a government official to suspend or fire a party member for a range of reasons, and also gives the official influence over internal party elections.

The government says the law, tabled in parliament on November 16, is needed to force parties to adhere to the country’s constitution.

Critics of President John Magufuli, who came to power in 2015, say he is increasingly cracking down on dissent with restrictions on the political opposition, the media, bloggers and non-governmental organisations.

His government denies the accusations.