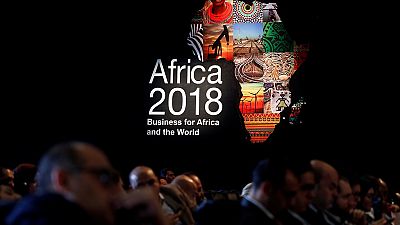 Egypt’s president, Abdel Fattah al-Sisi has declared his intentions to champion intra-African trade when he takes over as chair of the African Union next year.

Egypt, which seeks to be a model of economic reform, hosted a high-level business forum on Saturday and Sunday in the Red Sea resort of Sharm el-Sheikh that will be followed by an intra-African trade fair in the coming week in the capital, Cairo.

In a speech to the forum, Sisi encouraged investors from inside and outside Africa to take advantage of opportunities on the continent as countries including his own pursued economic reform.

We will seek with sincere effort to build on what has been achieved over the past years and to complete our continent’s development agenda.

As chair of the African Union, “we will seek with sincere effort to build on what has been achieved over the past years and to complete our continent’s development agenda,” Sisi told the forum, which was attended by heads of state from countries including Rwanda, Sierra Leone, Niger and Madagascar.

Egypt has been praised by international lenders for moving swiftly to implement structural reforms agreed with the IMF in late 2016, though austerity measures and inflation have left many Egyptians struggling to get by.

In off-the-cuff remarks, Sisi – who is known to demand ambitiously rapid execution of projects from his ministers – questioned whether African governments could enact change fast enough, recalling that he had insisted on completing an expansion of the Suez Canal in a single year when others had suggested three years or five.

Critics have criticised the canal expansion as a waste of money.

Intra-African trade is low, limited by problems including armed conflicts, political rivalry and a lack of logistical and transport connections between states.

Speakers voiced hope that the Continental Free Trade Area (CFTA), which aims to bring together all African Union states with a combined population of more than one billion into a single market, would be ratified by 22 countries and enter into force in 2019.

Eritrea, Nigeria, G-Bissau only African countries yet to commit to free trade deal

The forum, which Egypt organised jointly with the Common Market for Eastern and Southern Africa (COMESA), was attended by more than 1,000 “leaders in business and policy from across Africa and the world”, according to its website.