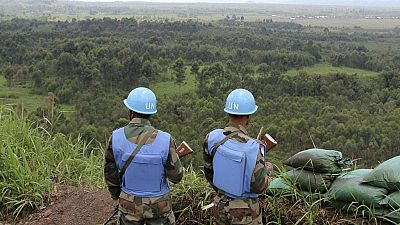 A Congolese army colonel has been arrested in connection with the killing of two U.N. sanctions monitors, a prosecutor said on Friday – the first member of the security services detained over the case.

Zaida Catalan, a Swede, and Michael Sharp, an American, were killed in March 2017 while investigating reports of atrocities during an armed conflict in Democratic Republic of Congo’s Kasai region between government forces and the Kamuina Nsapu militia.

Congolese authorities initially blamed the militia, arrested about two dozen alleged fighters and charged them with involvement in the killings. The government later said it could not exclude the possibility state agents were involved.

Timothee Mukuntu, the prosecutor overseeing the case, told Reuters on Friday that Colonel Jean de Dieu Mambweni had been arrested but no formal charges had yet been filed.

Calls to Mambweni’s phone did not connect and it was not immediately clear if he was represented by a lawyer. He has previously denied any role in Sharp and Catalan’s deaths.

The prosecutor said Mambweni was arrested after a session in the trial of some of the arrested militia members on Thursday.

Defence layers at the hearing in the central city of Kananga said prosecutors played an audio recording of what they said was the colonel meeting the U.N. monitors at his house two days before their deaths.

In the audio recorded by Catalan, Mambweni was heard giving the monitors the number of a translator for them to use on their mission, and then calling the translator himself, two defence lawyers told Reuters.

Mambweni denied in court testimony last month that he had introduced them to the translator or played any part in the planning of their mission or their deaths.

Defence lawyer Tresor Kabangu also said members of his team had requested that Congo’s interior minister at the time of the killings, Emmanuel Ramazani Shadary, appear in court to explain negotiations he led with Kamuina Nsapu representatives.

Shadary is now President Joseph Kabila’s preferred candidate to replace him in a Dec. 23 election. A spokesman for Shadary did not respond immediately to a request for comment. 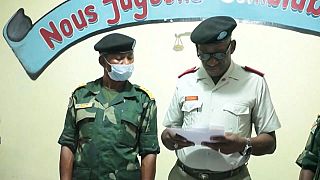