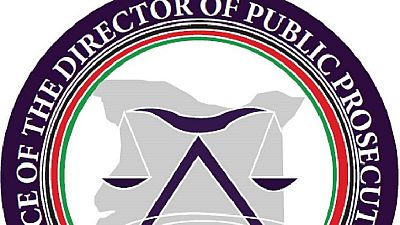 Ahead of the high profile hearing of a corruption case against Kenya’s deputy chief justice on Thursday, the government has hired a foreign attorney to prosecute high-profile state corruption cases.

The decision is part of President Uhuru Kenyatta’s efforts to make the fight against graft more credible.

The public prosecutor’s office on Tuesday announced the appointment of Khawar Qureshi, a British attorney and legal scholar.

The stakes in such cases are very high and therefore, it is necessary that the proceedings are insulated from public perceptions of political interferences.

“The stakes in such cases are very high and therefore, it is necessary that the proceedings are insulated from public perceptions of political interferences,” the Office of the Director of Public Prosecutions said in a statement.

Many Kenyans say government corruption is a pressing national problem that drains state coffers and distorts business and political life.

The top prosecutor has brought criminal charges against dozens of senior civil servants and business people this year.

READ MORE: Kenya’s president says not even his brother is immune from graft prosecution

On Thursday, a hearing will decide whether criminal proceedings against deputy chief justice Philomena Mwilu should continue or be thrown out.

Mwilu was arrested in August on suspicion of corruption, failure to pay tax and improper dealings with a local bank now in receivership.

The high court temporarily halted criminal proceedings against her and accepted an application the senior justice filed that argued the case raised constitutional issues.

Given ODPP_KE is bound by PPADA 2015, it would prudent to ask whether the required services were only available from Khawar Qureshi. Did he have "exclusive rights in respect of the consultancy services"? Was he the only foreign counsel who could do the job? pic.twitter.com/YRP6w78Xxs

can we afford Khawar Qureshi? pic.twitter.com/q2lpYoW68f

To Prof Khawar Qureshi kindly begin with County bosses. They are milking our counties dry. In fact as at now, there is no money for Christmas….
Saidia #MatatuCBDBan#Finance4SMEs
pic.twitter.com/VmmTLBYhPH

Only in Kenya where a FOREIGN COMMERCIAL LAWYER is unilaterally appointed by a prosecutor (without any public participation) to prosecute CRIMINAL CASES. No one should expect any convictions based on material evidence and the law. https://t.co/XCFhvHyata