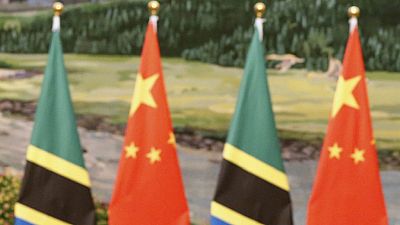 Tanzanian President John Magufuli, who has been threatened by review of relations by the country’s allies over human rights concerns, said on Tuesday he prefers assistance from China, as Beijing imposes fewer conditions.

“The thing that makes you happy about their aid is that it is not tied to any conditions. When they decide to give you (assistance), they just give you,” Magufuli said, according to a statement posted on State House’s website.

He delivered the comments at the launch of a new library at the University of Dar es Salaam built at a cost of 93.6 billion Tanzanian shillings ($40.61 million) with the help of the Chinese government, the president’s office said.

The thing that makes you happy about their aid is that it is not tied to any conditions. When they decide to give you (assistance), they just give you.

In recent weeks, Western donors have increasingly put pressure on Tanzania over what they say is the declining human rights situation there.

Earlier this month, Denmark froze funding to Tanzania, saying it was withholding $10 million worth of aid money over concerns about policies that threaten gay people.

The European Union has also launched a comprehensive review of its policies towards Tanzania over concerns about rights abuses.

Meanwhile, the World Bank put a planned $300 million loan for an education project on hold, partly in response to a law preventing pregnant girls from returning to school.

The lender later said a cautious agreement had been reached to get the loan process back on track after Tanzania agreed to reconsider the legislation.

Magufuli said on Tuesday his government will continue to develop and cultivate its good relationship with China.

“They have helped us in a lot of other areas of development,” he said.

China has dramatically increased its involvement in Africa in the past decade, funding major infrastructure projects across the continent. Beijing’s critics say its projects have pushed some African countries too deeply into debt