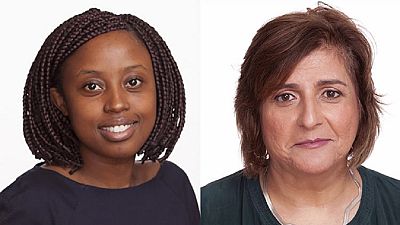 The two officials of international press rights group, Committee to protect Journalists, CPJ; have been freed by Tanzania’s immigration authorities.

“After arresting them and educating them, we released them the same day… The entry permits forbid employment or business activities.

“If they want to engage themselves in anything more than a normal visit then they have to request appropriate permits,” spokesperson for Tanzania’s immigration ministry Ally Mtanda is quoted to have said.

Late Wednesday, authorities in Tanzania detained two top officials of the United States – based Committee to Protect Journalists, CPJ. A viral social media demand for their release kick started through to Thursday when they were released.

The officials – reportedly from Tanzania Immigration authority are said to have searched the pair’s belongings and would not return their passports when asked.

Quintal and Mumo were then escorted from the hotel and have been taken to an unknown location. They were in the country on a reporting mission for CPJ, the body said in a statement.

“We are concerned for the safety of our colleagues Angela Quintal and Muthoki Mumo, who were detained while legally visiting Tanzania,” said Joel Simon, CPJ’s executive director. “We call on the authorities to immediately release them and return their passports,” he added.