Madagascar presidential polls: Here's everything you need to know 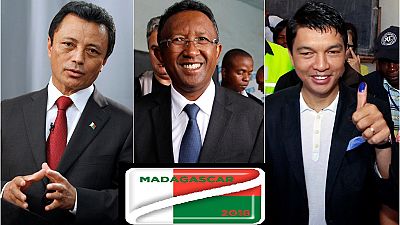 The Malagasy people will head to the polls on Wednesday November 7th to vote for a president, who they hope can end the political turmoil that has rocked the island nation in recent years.

While announcing the date of the election and slating a possible run-off for December 19, the country’s prime minister Christian Ntsay said government hopes the electoral process can calm tensions in the country.

The opposition has since April been calling for the resignation of president Hery Rajaonarimampianina, and have organised anti-government protests.

Madagascar currently has a consensus government that was ordered by the country’s High Constitutional Court, in light of a political crisis.

The country witnessed deadly protests after it emerged that government was planning to enact a law that would prevent the main opposition candidate, Marc Ravalomanana from contesting the presidency.

The president in May approved a revised that law that would allow Ravalomanana to run for office, and complied with the court ruling to dissolve his government and appoint a new prime minister with the support of all political parties.

The High Constitutional Court approved 36 candidates including four former presidents of the country.

President Rajaonarimampianina, who is seeking a second term, will face stiff competition from ex-presidents Marc Ravalomanana and Andry Rajoelina.

The three are the leading contenders in the race, as most of the remaining 33 do not have the influence or cash to capitalise on discontent over an economy that has still not fully recovered from the chaos.

The incumbent president, 59, is an accountant by training and previously served as finance minister.

His top pledge had been to mend the economy and growth has improved on his watch, the IMF expects the economy to expand by five percent this year, the highest level since the coup.

But his tenure has been marred by political disputes. Lawmakers voted to impeach him in 2015, saying he had violated the constitution by dragging religion into politics. He dismissed the accusation and the constitutional court threw out the impeachment vote.

Critics say he has made as little progress in curbing rampant corruption as his predecessors.

On the campaign trail Rajaonarimampianina has said he is the only candidate who can keep the nascent economic recovery going.

“The door to success is open, we can not go back,” he said in a video posted on his campaign page on YouTube.

A former disc jockey who goes locally by the nickname “TGV” after the fast French train, Rajoelina seized power from then President Marc Ravalomanana in 2009. Known for his rapid-fire rhetoric and charisma, he became Africa’s youngest president at the age of 34.

During his four years in power, poverty and corruption grew as investors and donors cut aid.

He supported Rajaonarimampianina in the 2013 election after he agreed not run himself to help restore order.

This time, the former president is promising infrastructure development – everything from hospitals, schools and sports stadiums – and pledging to improve beaches to make them “like those of Miami and Côte d’Azur” to draw more tourists and promote job creation.

Madagascar’s elected leader from 2002 until he was overthrown in 2009, Ravalomanana is known to voters as “the milkman” because he owns the country’s leading dairy conglomerate.

Following a power struggle and weeks of bloody street protests, the self-made millionaire businessmen was toppled in a military coup and replaced by Rajoelina.

He lived for years in exile in South Africa before returning to Madagascar in 2014 to mount his political comeback.

Ravalomanana, 68, says the country has gone backwards since he was ousted. If elected, he told Reuters in an interview:

“We will rebuild everything they have destroyed, repair the roads that we built when I was president and that have not been maintained until now.”

Issues vs cash during campaigns

Madagascar, famed for its exotic wildlife and luxury vanilla spice, is still a poor country despite reserves of nickel, cobalt, gold, uranium and other minerals.

Though relative political stability since a 2013 election has enabled the economy to rebound, the country of 25 million people remains among Africa’s poorest. About 80 percent of the population lives on less than $2 per day.

In the run-up to the poll the three leading candidates have toured the country making electoral promises that many voters don’t expect them to keep.

All three have pledged to accelerate the recovery of the economy, forecast by the IMF to grow at more than five percent this year, the highest rate in a decade.

The wealthy ex-presidents have spent enormous amounts of money, handing out sacks of rice and t-shirts, and hiring helicopters for many thousands of dollars a day to sidestep the problem of rundown roads across the country.

Analysts have however predicted that the result of the first round of the election, will hinge on cash and not issues. There are no national laws capping campaign financing.

Transparency International tried to get candidates to fill out a public questionnaire on how much they had spent on their campaign. Just one of the 36 people on the ballot — a pop star who goes by the nickname Dama — responded, saying he had spent around two billion ariary (about $565,000) in the one-month official campaign period that ends on Monday.

Below are some highlights of the country’s electoral management system;

Photos: ‘This Is Africa’ – Profile of Madagascar