<p>Madagascar’s president said on Monday he had appointed the country’s local representative of the International Labour Organisation, Christian Ntsay, as the new prime minister.</p> <p>Former Prime Minister Olivier Mahafaly <a href="http://www.africanews.com/2018/06/04/madagascar-s-prime-minister-resigns-to-pave-way-for-unity-gov-t/"target="_blank">resigned</a> his post earlier on Monday to comply with the terms of a court ruling that ordered the formation of a new consensus government to end a political crisis on the Indian Ocean island nation.</p> <p>“I have appointed Prime Minister Christian Ntsay, an experienced man with the skills to lead a consensus government,” Rajaonarimampianina told the press.</p> <p>Last month, president Hery Rajaonarimampianina approved an election law under which the main opposition candidate, Marc Ravalomanana, could run for office. An earlier version of the law had sparked deadly street protests.</p> <p>The High Constitutional Court ordered Rajaonarimampianina to dissolve his government and appoint a new prime minister with the support of all political parties.</p> <p>Presidential elections are due this year.</p> <p>Madagascar is one of the world’s poorest countries, despite reserves of nickel, cobalt, gold, uranium and other minerals. A 2009 coup scared off foreign investors.</p> <p>Rajaonarimampianina will have to consult other parties in parliament before appointing a new prime minister. His party has no lawmakers in parliament and he has until June 5 to pick the consensus prime minister as ordered by the court.</p>

I have appointed Prime Minister Christian Ntsay, an experienced man with the skills to lead a consensus government. 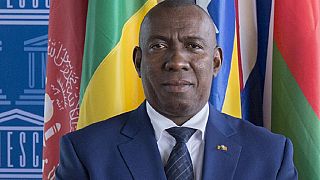 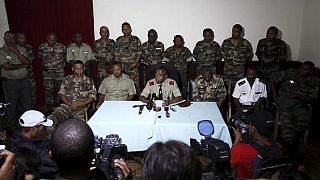 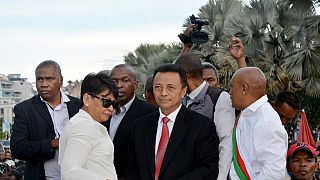