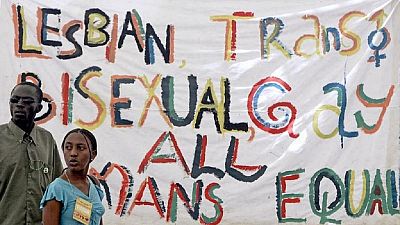 <p><strong>Tanzania’s government has established a committee to investigate and deal with people who are involved in the sex business, including homosexuals and owners of brothels.</strong></p> <p>The formation of a 17-member committee was announced on Wednesday by the Dar es Salaam regional commissioner, Paul Makonda.</p> <p>The committee whose members include police officers, psychologists, members of the Tanzania Communication Regulatory Authority and the Tanzania Film Board, is set to start its work on November 5.</p> <h2 style="font-size:16px;">Delete pornography from phones</h2> <p>Addressing a press conference on Wednesday, Makonda called on all Tanzanians to delete any pornographic material from their phones within this week.</p> <p>‘‘People should make sure they have deleted pornographic pictures from their phones because I wouldn’t like to see a public figure arrested due to photos included in his or her phone, Makonda warned.</p> <p>He added that the government is intervening because sex business risks hindering development in the country.</p> <h2 style="font-size:16px;">Report homosexuals</h2> <p>Makonda also called on Tanzanians to report homosexuals, so that they can be arrested next week.</p> <p>“These homosexuals brag about it on social networks. From today (Monday) to Sunday, give me their names,” he asked his constituents.</p> <p>Tanzania’s government, led by president John Magufuli has previously warned drastic action against homosexuals in the country.</p> <p>Homosexuality is a crime in Tanzania, punishable by a minimum sentence of 30 years and up to life imprisonment. </p> <p>Makonda urged Tanzanians to support the campaign against homosexuality, which he said ‘tramples on the moral values of Tanzanians and our two religions, Christianity and Islam’.</p> <p>“I know that when I denounce homosexuality, there are countries that will be angry with me. But I would rather face the wrath of these countries than the wrath God,” Makonda continued.</p> <blockquote class="twitter-tweet" data-lang="fr"><p lang="en" dir="ltr">Should Africa transform its laws in regards to homosexuality? [Culture on The Morning Call] <a href="https://t.co/ZRgyeE2kZr">https://t.co/ZRgyeE2kZr</a></p>— africanews (@africanews) <a href="https://twitter.com/africanews/status/993519720715472896?ref_src=twsrc%5Etfw">7 mai 2018</a></blockquote> <script async src="https://platform.twitter.com/widgets.js" charset="utf-8"></script>

People should make sure they have deleted pornographic pictures from their phones because I wouldn't like to see a public figure arrested due to photos included in his or her phone.