In a communique by the Commission’s chairperson Moussa Faki Mahamat, Odinga’s appointment is part of the African Union’s drive to expedite the integration of the continent through infrastructure, in order to promote economic growth and sustainable development.

The NASA leader’s appointment brings to an end speculation that he was to land a juicy job with the African Union as part of his truce with Kenyan president Uhuru Kenyatta.

Odinga lost a bitterly contested election to Kenyatta last year. He mounted a succesful court challenge which ordered a fresh poll. He however boycotted the second contest citing a biased electoral commission.

Raila is expected to pay particular attention to the missing links along the transnational highway corridors identified as part of the Trans-African Highways Network, with a view to facilitating their development and modernisation.

The envoy will also focus on the continental high-speed train, which is one of the flagship projects of the First Ten-Year Implementation Plan of Agenda 2063, in the context of the relevant African Union decisions, reported Kenya’s The Star news paper.

Odinga has served as prime minister of Kenya from 2008 to 2013. He has held important ministerial portfolios, including Energy, Roads, Public Works, and Housing between 2001 and 2005.

As a special envoy of the AU chairperson, he will have an office in Addis but with frequent travel across the continent to mediate in peace negotiations and conflict resolution. 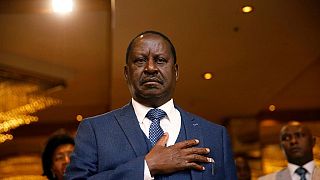 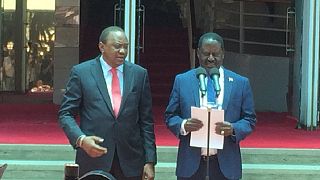