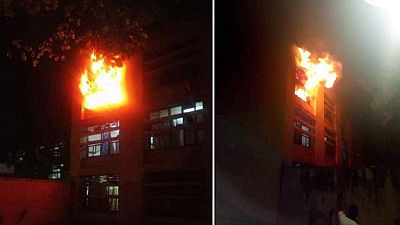 Vespers Shimuzhila, a student of the university’s School of Education, is alleged to have suffocated to death from tear gas cannisters fired by police.

Students of the University of Zambia, UNZA, had staged protests against delayed meal and accommodation allowances, the local Zambia Reports said.

Police are said to have fired teargas cannisters at the predominantly female hostel forcing the students to jump from their windows for fear of arrest.

It is not the first time that students have rioted, similar riots resulted in a number of students being expelled.

Reports indicate that some students have since blocked key roads and burning tyres and business booths by the roadside.