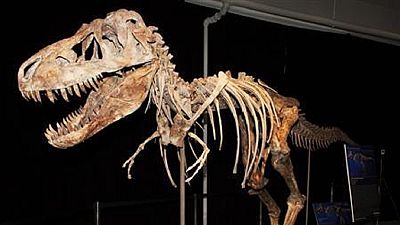 A well-kept discovery in this collection room in South Africa. These are the bones of a new species of giant dinosaurs that ruled 200 million years ago. They weighed 12 tons and measured more than 4m, twice the size of an elephant, these herbivores were at the time the largest animals living on Earth.

According to researchers at University of Johannesburg, these fossils could well be the distant ancestors of the giant 60-ton sauropods (including the famous diplodocus) popularized in Steven Spielberg’s famous Jurassic Park series. Their study will allow scientists to better understand how quadruped dinosaurs appeared.

Recently, zoologists have established the weight of another impressive animal: the world’s largest bird, which could reach more than half a ton.. They would have died out after the arrival of humans on the island of Madagascar in 350 BC. Rare specimens survived until the 17th century.

Because of the size (of the femur) and our fossil record, we know that at that time, 200 million years ago, at the beginning of the pre-Jurassic period, there was nothing bigger on Earth.