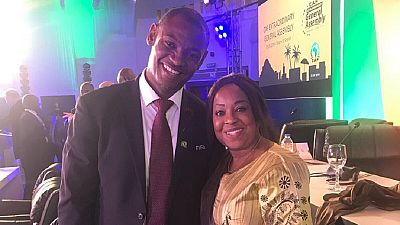 President of the Football Association of Malawi, Walter Nyamilandu, was elected to the FIFA Council at a special sitting of the Confederation of African Football (CAF) Executive Committee in Sharm El Sheikh, Egypt on Sunday.

Nyamilandu defeated South African Football Association president Danny Jordaan by 35 votes to 18 after two rounds of voting. The pair had been in a three-way vote along with former Tanzania Football Federation president Leodgar Tenga, who dropped out in the first round.

The FIFA Council is the main decision-making body of global soccer’s governing organisation, with members drawn from each of soccer’s regional confederations.

Nyantakyi was filmed by an investigative journalist in a hotel room appearing to take a $65,000 bribe from a supposed businessman seeking to sponsor the Ghanaian football league.

Nyantakyi was suspended by FIFA from his positions on its decision-making Council. He resigned as GFA president and apologised for what he called his “indiscretion”.