Full List: African representatives who spoke at the 73rd UNGA 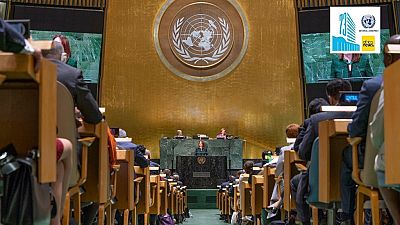 Leaders from around the world are in the United States for the 73rd edition of the United Nations General Assembly, UNGA.

Over 50 leaders from the continent are in New York to present their statements on the General Debate. For each day, a mixture of leaders from across the world take turns to address the General Assembly.

The theme of the debate is the same as that of the assembly, it is: “Making the United Nations relevant to all people: global leadership and shared responsibilities for peaceful, equitable and sustainable societies.”

With a focus on African leaders, we highlight the African set for each day of the General Debate. Paul Kagame of Rwanda and President of the African Union, AU, was the first to deliver his address that had a strong tone of what the continent expects from the world.