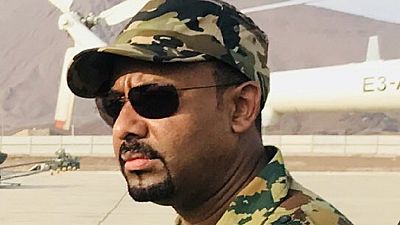 Ethiopia’s Prime Minister Abiy Ahmed has described as cowardly recent attacks in the outskirts of the capital, Addis Ababa.

Despite being outside of the country, Abiy’s chief of staff tweeted a strong condemnation of the killings and acts of violence against innocent citizens.

“These cowardly attacks represent a grave concern to the unity & solidarity of our people & will be met with appropriate response,” the tweet added.

The PM is in Saudi Arabia where he attended a summit with the Eritrean leader Isaias Afwerki, both leaders signed a peace agreement in the presence of the Saudi king and the United Nations Secretary-General.

Reports by the Addis Standard said the army had been deployed as at Sunday September 16 to deal with the situation which is said to have birthed a fresh humanitarian crisis. Already, Ethiopia is having a huge crisis with over a million people internally displaced by insecurity.

Update: AS's MahletFasil has seen large contingents of members of the Ethiopian National Defense Force (ENDF) headed towards #Burayu, in the western outskirt of the capital #AddisAbeba, where the attacks have taken place. Normal transport is still disrupted to the area. pic.twitter.com/ErhYvzZQ17

Thousands of people are said to be fleeing to the capital Addis Ababa given that the violence is said to have occured largely in the outskirts particularly in Burayu in the Oromia region. Deputy mayor of the capital has confirmed that displacements and says plans are afoot to give necessary support.

The Reporter news outlet confirmed ethnic undertones to the incidents reporting that the attacks by organized mobs, which began since Thursday, have primarily targeted ethnic Gamos, Wolayitas, Guraghes & Siltes.

There are no known official casualty figures even though a journalist, Dawid Endeshaw of the Ethiopia reporter says 15 bodies had so far been recovered.

#Breaking
Deadly ethnic attacks by youths in Burayu Town, #Oromia claims z lives of many. So far 15 bodies were recovered.
A thousands of families were also displaced from the town. They are now sheltered in schools, churches and tents in the outskirts of Addis.#Ethiopia