Kenya’s President Uhuru Kenyatta on Friday explained that the unpopular tax on fuel was necessary, even as he proposed to cut it from 16% to 8%.

His government faced a strike by some fuel dealers, anger among commuters and a lawsuit after it triggered a hike in transport and fuel prices by imposing the 16 percent value added tax on all petroleum products on Sept. 1.

Kenyatta explained that the Finance Bill 2018 that was presented to him on Thursday was ‘good politics, but bad leadership’.

I have heard and understood your concerns, which is why I have proposed, as part of my memorandum, to cut VAT on petroleum products by 50%, from 16% to 8%.

Kenyatta, who is serving his second and final term, told Kenyans that the 2010 constitution that championed devolution to boost service delivery, substantially increased the cost of running government.

‘‘Having transferred over a trillion shillings to county govts since 2013, we’ve seen major improvements in service delivery and improvements in the lives of Kenyans,’‘ said Kenyatta.

The president said his government will ‘protect and entrench devolution’ regardless of the cost.

Kenyan then highlighted the development objectives that have been realised through the revenue collected from taxes, including infrastructure and healthcare projects.

Following the widespread anger that followed the implementing of the 16% tax on petroleum products, the president said he would compromise, describing his actions as ‘balancing between short-term pain and long-term gain’.

‘‘I have heard and understood your concerns, which is why I have proposed, as part of my memorandum, to cut VAT on petroleum products by 50%, from 16% to 8%.’‘

I have spent the last few days listening to a wide cross-section of views. It is clear that you are all troubled by the effect of the rise in the prices of petroleum products, and its impact on the cost of living.

Explaining that the tax cut would ensure that a financing gap continues to exist, Kenyatta said several austerity measures would be implemented across different departments of the government.

‘‘The cuts target less essential spending, such as hospitality, foreign and domestic travel, training and seminars, and similar categories,’‘ said Kenyatta, who on Thursday announced the restructuring of the country’s police servicedesigned to reduce duplication and waste.

‘Tax revenue will not be swindled’

While several Kenyans had argued that they were opposed to paying more taxes because of the rampant corruption in Kenyatta’s government, the president sought to assure that ‘the taxes will be used well’.

‘‘I have increased funding to the judiciary to speed up the completion of cases concerning corruption and economic crime,’‘ assured Kenyatta.

‘‘Further, I have increased the allocation to the Office of the Director of Public Prosecution…I expect these bodies to work together to help us restore our faith in public institutions.’‘

Parliament will hold a special sitting on the bill on Sept. 18 to reconsider the finance bill “together with the reservations of the president”, said a gazette notice signed by Justin Muturi, the speaker of the national assembly on Thursday. 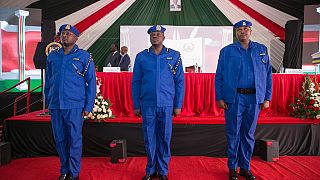 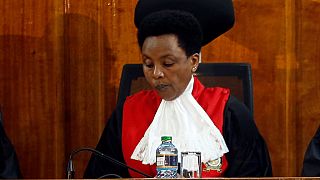