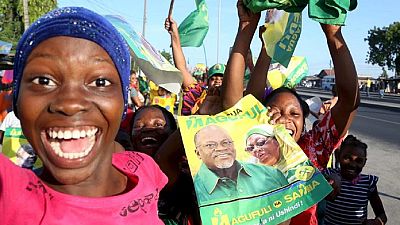 Lawmakers in Tanzania have called out president John Pombe Magufuli for telling women in the country to give up contraceptive methods, arguing that the president’s position is not consistent with existing national policies.

Magufuli, who is an advocate for large families and huge populations, told citizens attending a rally on Sunday to keep reproducing because the government was increasing investment in the health sector, specifically maternal health.

“You have cattle. You are big farmers. You can feed your children. Why then resort to birth control? This is my opinion, I see no reason to control births in Tanzania,” Magufuli said in a speech on Sunday, according to The Citizen daily newspaper.

You have cattle. You are big farmers. You can feed your children. Why then resort to birth control? This is my opinion, I see no reason to control births in Tanzania.

However, according to Cecil Mwambe, a legislator, the country’s health insurance scheme can only accomodate a maximum of four children from one family.

He said this policy is informed by government’s acknowledgement of the need for family planning, adding that if the president’s message is to be taken seriously, the number of children covered by the health scheme should be increased to ten.

The speaker of the country’s parliament, Job Ndugai said the president’s speech was mere advice, not the government’s position.

“I have travelled to Europe and elsewhere and have seen the harmful effects of birth control. Some countries are now facing declining population growth. They are short of manpower, ‘’ the president advised.

Magufuli, who was speaking in the presence of the health minister and the United Nations Populations Fund representative in Tanzania, urged Tanzanians to ignore bad advice disseminated by outsiders saying: “It is important to reproduce.”

“Women can now give up contraceptive methods,” he added.

Tanzania has a population of around 60 million people, up from 10 million at independence in 1961.

The UN predicts Africa’s population will double to around 2.5 billion by 2050, leading to warnings of a demographic time bomb if economic growth and job creation cannot keep up.

Magufuli’s speech mirrors one given by Uganda’s president on Sunday, where he told journalists he had rejected the advise of outsiders who warned against a huge population.