China-Africa economic cooperation. Beijing promises 15 billion US dollars of non-repayable aid at the seventh summit between the economic giant and the continent.

With an estimated trade volume of 170 billion dollars in 2017, China, which is today Africa’s largest partner, aims to establish itself further on the continent. Several points from his roadmap were presented by the Chinese President at the seventh China-Africa Summit held in Beijing.

Dogad Dogoui, president of the Africa SMB Forum platform shed light on this.

Nigeria: Opening of an international brewery

The beer market is booming in Africa, the second largest brewery on the continent has just seen the light of day in Nigeria. Investment cost: 250 million US dollars.

The global manufacturer Anheuser-Busch InBev, which is working to expand its presence in Africa, is already present in 15 markets, mainly in the Southern, Eastern and Western part. 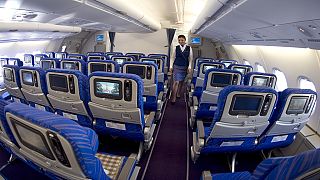