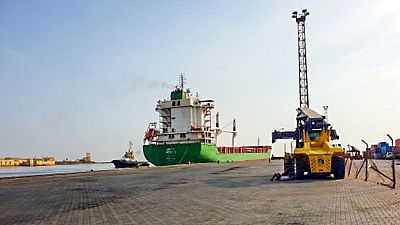 <p>An Ethiopian commercial ship docked in an Eritrean port for the first time in two decades on Wednesday, state-affiliated media said, in a concrete sign of a stunning rapprochement between the neighbours and former foes.</p> <p>The Mekelle entered the Red Sea port of Massawa and was due to carry 11,000 tonnes of Eritrean zinc to China, Ethiopian broadcaster Fana Broadcasting reported.</p> <p>Ethiopia’s Prime Minister Abiy Ahmed offered to make peace with Eritrea after taking office in April – part of a series of reforms that has turned politics on its head in his country and the region.</p> <p>Landlocked Ethiopia has said it wants to make the re-opening of two roads connecting it to two of Eritrea’s ports a priority in the reconciliation process.</p> <p>Eritrea’s information minister, Yemane Ghebremeskel, said on Twitter that Abiy had arrived in Eritrea on a two-day working visit. The premier would visit Massawa and the capital Asmara, he added.</p> <p>Abiy first visited Eritrea in July as the countries agreed to end a two-decade old military standoff over their border and other issues.</p> <p><strong><em><span class="caps">REUTERS</span></em></strong></p>