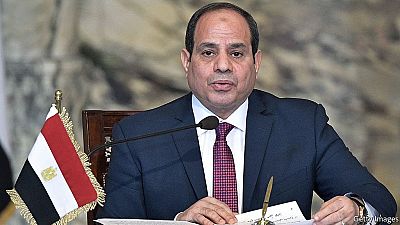 A group of Muslims attacked several Christian homes in a village in Upper Egypt, injuring three people, officials with a Coptic Christian diocese have disclosed.

The assailants objected to the presence of a church in the area, the Minya Coptic Orthodox Diocese said in a statement.

Plans to attack Copts in the village had circulated days before the incident and were reported to authorities but security only arrived after the attacks, it said.

Another example of Muslim Brotherhood terrorism against Christians in Egypt. That MB appear less violent to some in West doesnt mean they are peaceful. MB will use terrorism and violence when they need to which is why they must be proscribed in Britain https://t.co/Lddy10Z2Uk

The wounded, including two Copts and a firefighter, were all hospitalized.

A similar assault for the same reason had taken place in a neighboring village weeks earlier, the diocese said, blaming authorities for a lack of deterrence for Friday’s attacks and calling on them to take punitive measures against the assailants.

The Minya diocese said Copts there usually opt to use “a house, hall or simple room” to hold services as a temporary solution to avoid attacks on worshippers en route to churches in neighboring villages.

Again Egypt's bigoted church building law is used as a pretext for vigilante mobs to attack Christians seeking to build houses of worship. The govt must establish one law for ALL houses of worship & show that these bigoted attacks will not be tolerated https://t.co/w9CshyWkos

Following Morsi’s ouster, many Islamists claimed that Christians had conspired with the military against them.

Coptic diocese says group attacked Christian homes in Minya, Upper #Egypt, in objection of the presence of a church in the area https://t.co/nBsmyd7C8l