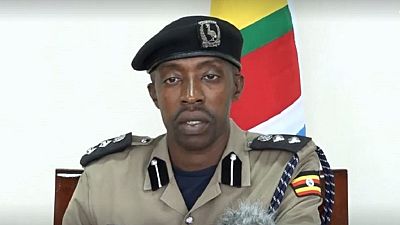 Uganda police has blocked a legislator, Francis Zaake from travelling abroad to seek medical treatment for injuries he sustained during military detention two weeks ago.

Zaake along with other legislators Robert Kyagulanyi aka Bobi Wine and Paul Mwiru were injured during their arrests and detentions following clashes between opposition supporters and president Yoweri Museveni’s convoy in the West Nile town of Arua.

Several women and other political agents also sustained injuries, and the accusations of torture and physical condition of the legislators have been condemned by human rights activists and Museveni’s allies in the West.

Mityana municipality MP Francis Zaake is a suspect on the run who disappeared from lawful police custody in Arua and should be arrested at the earliest.

Zaake, has been hospitalised at Rubaga Hospital in Kampala for over two weeks, while Bobi Wine whose detention sparked protests in Uganda and abroad has also since been granted bail to allow him get medical attention.

On Thursday, local newspaper, Daily Monitor reported that Zaake, whose family had mobilised to seek further treatment in India, had been barred from travelling.

MP Francis Zaake, who was blocked at Entebbe International Airport today afternoon from flying out to India for treatment, has been detained by Police on charges of treason, assault and damage of property #MonitorUpdates
Reports Andrew Bagala pic.twitter.com/qFkh7a6f7s

Government spokesperson, Ofwono Opondo had earlier said on Twitter that Zaake should be arrested, arguing that he could be making an attempt to escape from justice.

‘‘Mityana municipality MP Francis Zaake is a suspect on the run who disappeared from lawful police custody in Arua and should be arrested at the earliest,’‘ read Opondo’s tweet.

Mityana municipality MP Francis Zaake is a suspect on the run who disappeared from lawful PoliceUg custody in Arua and should be arrested at the earliest. He could be trying to escape from justice. UgandaMediaCent https://t.co/FOTbSiv5Ly

Asuman Basalirwa, one of Zaake’s lawyers confirmed that police at Entebbe International Airport had insisted that they need clearance from police before they could travel.

‘‘We informed him that we are not aware that the Hon Francis Zaake is wanted by police or court. But even if he was wanted, his condition cannot allow him to either go to police or court,” Basalirwa added.

A statement from Uganda police says the legislator has been apprehended as he was ‘trying to flee then country’.

The police say Zaake will be taken to the national hospital, Mulago Hospital, where he will be attended by government doctors, ‘while under police custody as earlier intended’.

‘‘He will be produced before court at an appropriate time,’‘ concludes the statement which indicates that Zaake could be charged with treason, assault and malicious damage of property. 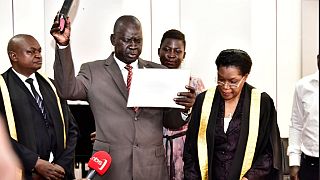 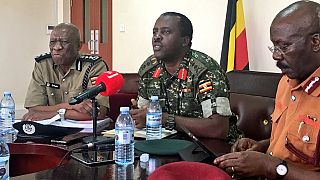