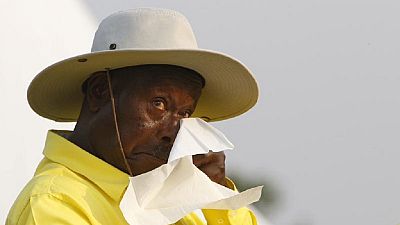 European Union diplomats in Uganda on Friday deplored “brutal treatment” of lawmakers arrested over a stoning of President Yoweri Museveni’s convoy, and a rights body called for Ugandan authorities to prosecute the perpetrators of the alleged abuses.

Government spokesman Ofwono Opondo denied security personnel had deliberately beaten up the lawmakers and others. “Some of these injuries could have been sustained in the course of the (convoy) confrontation,” he said.

Five lawmakers critical of Museveni were detained this week after supporters of an independent candidate participating in a parliamentary by-election threw stones at a passing presidential convoy. One person was shot dead in the incident.

The reported brutal treatment of elected members of the Uganda parliament, journalists and civilians, as well as the loss of human life, are very disquieting events.

Opposition politicians and the defendants’ lawyer have said the detained MPs and their co-accused were tortured during their arrest and detention.

“The reported brutal treatment of elected members of the Uganda parliament, journalists and civilians, as well as the loss of human life, are very disquieting events,” the Kampala-based EU diplomats said in a joint statement.

“There is no room for repression nor violence in a modern democratic Uganda,” said the statement, also signed by ambassadors of non-EU Norway and Iceland.

In power since 1986, Museveni has been accused by critics of using security forces to stifle opposition through intimidation, beatings, detentions and prosecutions on trumped-up charges.

His supporters say he has held power for so long in the East African country because of genuine mass support.

Museveni has enjoyed Western support for having contributed to the fight against militant Islam, particularly through the Ugandan role in an African peacekeeping force in Somalia that has tackled al Shabaab jihadists.