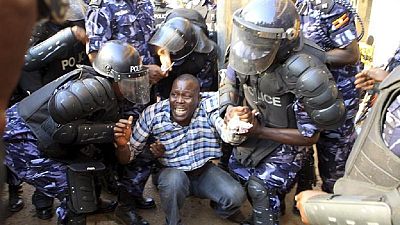 Police in Uganda have averred that the driver of a legislator who was shot dead on Monday evening may have died as a result of a stray bullet.

As at midnight of Monday, the police had yet to issue an official statement on the incident which reportedly started after an attack on the president’s convoy in Arua.

There is a bye-election in the area making it a hotbed of political activity in the country. Yasin Kawooya, the slain driver was an employee of Kyadondo East MP Robert Kyagulanyi alias Bobi Wine.

West Nile police spokesperson, Josephine Angucia speaking to NTV via phone also confirmed that over thirty people including lawmakers had been arrested especially with relation on the attack on President Yoweri Museveni’s vehicle.

“As I speak all of them are in our custody, we don’t know if among them there are journalists. Screening will be done so as to establish the truth of the matter,” she added.