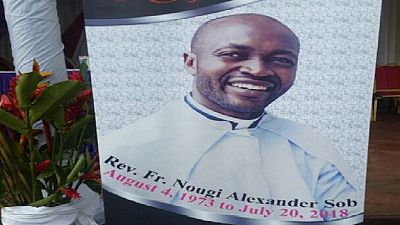 The Bishop of Buea says a priest who died in the July 2018 in the restive South-West region of the country was assassinated disputing claims that the death was as a result of a stray bullet.

His Lordship Immanuel Bushu is reported by local press to have said Rev. Fr. Nougi Alexander Sob was assassinated. “Father Sob was with two other people in his car when he was shot at close range with a silencer gun.”

The Cameroon Catholic church reported the death of the parish priest of Bomaka, a district of Buea, at the time the report said by “unidentified individuals.”

“We have received photographs of the body of the deceased priest, Alexander Sob Nougi,’‘ an official communication by the church issued in Yaoundé read, specifying that the perpetrators of the murder remain unknown and that the body is mutilated.

Security in Cameroon’s two English-speaking regions, the north-west and south-west, has deteriorated considerably.

Fighting became daily between the security forces and armed separatists demanding the creation of an independent English-speaking state.

The Catholic Church is the only actor capable of “promoting dialogue” between the insurgents and the government, according to the International Crisis Group (ICG) research centre in April.

It represents almost a third of the Cameroonian population, according to the ICG, which deplored the Catholic Church’s “divergent positions” on the Anglophone question and invited it to “overcome its divisions and display its neutrality”.

This increasingly violent armed conflict in the English-speaking zone, as well as that against the jihadist group Boko Haram in the north of the country, could disrupt the presidential elections scheduled for 7 October, according to analysts.

His supporters believe that he is best able to respond to the English-speaking crisis, his opponents accusing him of being responsible for the crisis. 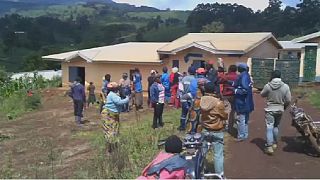