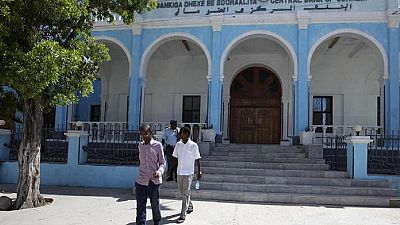 Somalia seeks to recruit internationally for the position of Central Bank governor which will become vacant on November 1, the finance minister Dr. Abdirahman Beileh said on Thursday.

Beileh tweeted the advertisement for the position, placed in the internationally acclaimed business magazine, The Economist.

Our government urges all qualified candidates to apply. The successful Governor will help transform Somalia's future.

It is with great pleasure that the position of Governor of CBSsomalia
is advertised internationally in TheEconomist magazine. Our government urges all qualified candidates to apply. The successful Governor will help transform Somalia’s future #Somaliahttps://t.co/j0VIex4jQx

The position is currently held by Bashir Isse, who has been serving as the Central Bank’s permanent governor since April 2014. He previously held the position in interim roles from 2006 to 2010 and was reappointed in November 2013.

Who can be Somalia’s next governor?

The advert says the new governor will lead the central bank through ongoing reforms including the issuance of a new currency, rebuilding the bank’s capacity and developing monetary instruments.

The suitable candidate for the position must hold a university degree in monetary, financial, banking, accounting, legal or economic matters and have at least twelve years’ experience in the field of economics, banking, finance or law, preferably internationally.

Inter-clan conflict that has ravaged Somalia since 1991 has taken its toll on the country’s economy. Over the past several years it has also been hit by an insurgency by al Qaeda-linked al Shabaab, famine and maritime piracy.