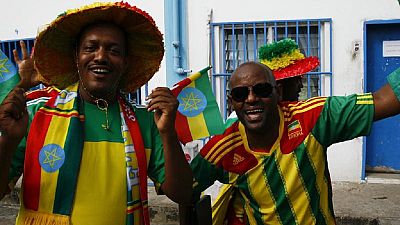 Ethiopia are set to play Eritrea in a friendly soccer match, the state-affiliated Fana news agency reported on Monday, weeks after a dramatic end to a 20-year old war between the two east African states.

The match would be played in late August in the Eritrean capital, Asmara, the agency said on its twitter feed.

The match is part of attempts by Ethiopian Prime Minister Abiy Ahmed to sweep away a generation of hostility between the nations since signing a peace deal last month.

Triggered by a border dispute in 1998, the conflict killed more than 80,000 people. At least 350,000 people living along the border on both sides were uprooted and forced to flee.

Leaders have visited each other, and last week Eritrea reopened its country’s embassy in Addis Ababa.

Ethiopia’s national carrier Ethiopia Airlines last week made its first flight to Asmara in two decades and was greeted by dancers waving flags and flowers as families separated by the war and the ensuing hostilities made an emotional reunion.