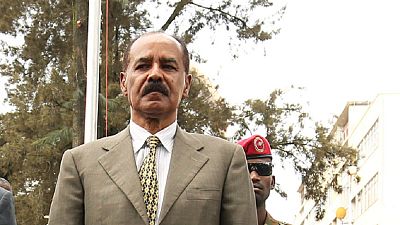 The Eritrean government has released over thirty detainees who till now were being held for belonging to unregistered Christian denominations.

According to the BBC Tigrinya Service and Release Eritrea, a UK-based charity concerned with religious persecution in the country, 35 people were released in total.

“All prisoners (11 women and 24 men) were released on bail from Mai-Sirwa Prison. This group of prisoners had filled out forms agreeing to not participate in meetings conducted by their respective churches four and half years ago, however unlike their fellow believers who had done that to secure release previously they were never granted a release until yesterday.

All the pastors and leaders of the closed churches remain in high security prisons including the notorious Karsheli where prominent church leaders have been imprisoned since 2004.

“Bail conditions are unclear and prisoners who were unable to fulfil those conditions still remain in prison,” a Release Eritrea statement published on an independent news portal read in part.

The figure of released persons is far lower than an earlier report that said Asmara had released some 400 political prisoners. That information emanated from a local media outlet, Radio Erena. In all of this, the government has yet to officially communicate any releases.

“Many of those released are young people and people who are not identified as leaders of their respective groups and fellowships.

“All the pastors and leaders of the closed churches remain in high security prisons including the notorious Karsheli where prominent church leaders have been imprisoned since 2004,” the statement added.

The releases comes on the heels of calls on Eritrea to as a matter of urgency reset its human rights situation after a peace deal with Ethiopia. Asmara has used the no war – no peace posturing with Ethiopia to justify clampdown on some freedoms.

The historic peal deal between the two nations was signed after a meeting between Ethiopian Prime Minister Abiy Ahmed and Eritrean president Isaias Afwerki. It was on the occasion of Abiy’s visit to Asmara earlier in July.

Since then, Isaias has also reciprocated the gesture with a visit to Addis Ababa, his first in over two decades. Eritea reopened its embassy in Ethiopia during Afwerki’s visit with Ethiopia naming an ambassador to Eritrea with plans to reopen its embassy in Asmara.

International rights group, Human Rights Watch (HRW) has stressed the need for both governments to capitalize on the normalization of relations to deepen reforms aimed at respecting the basic rights of citizens.