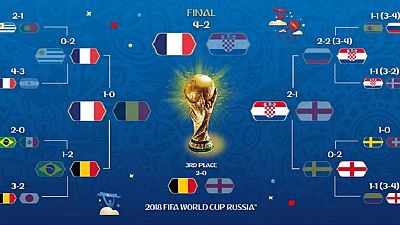 The 2018 FIFA World Cup has been described by FIFA president Gianni Infantino as the ‘the best World Cup tournament in the history of the game’.

Africanews had dedicated coverage of the World Cup in Russia, profiling the five African representatives; Egypt, Morocco, Nigeria, Senegal and Tunisia. With a dedicated page on the website and a special daily broadcast on television, we engaged the World Cup loving audience using polls, quizzes and surveys including your prediction of who would win the World Cup.

Here are six highlights that stood out from ‘the best World Cup’ in Russia.

France were crowned 2018 world champions after beating Croatia 4-2 in a thriling final on July 15.

France’s 19 year old Kylian Mbappe who scored in the final joined Pele in the elite club of teenagers who have scored in a World Cup final. He was named FIFA’s Best Young Player at the tournament. 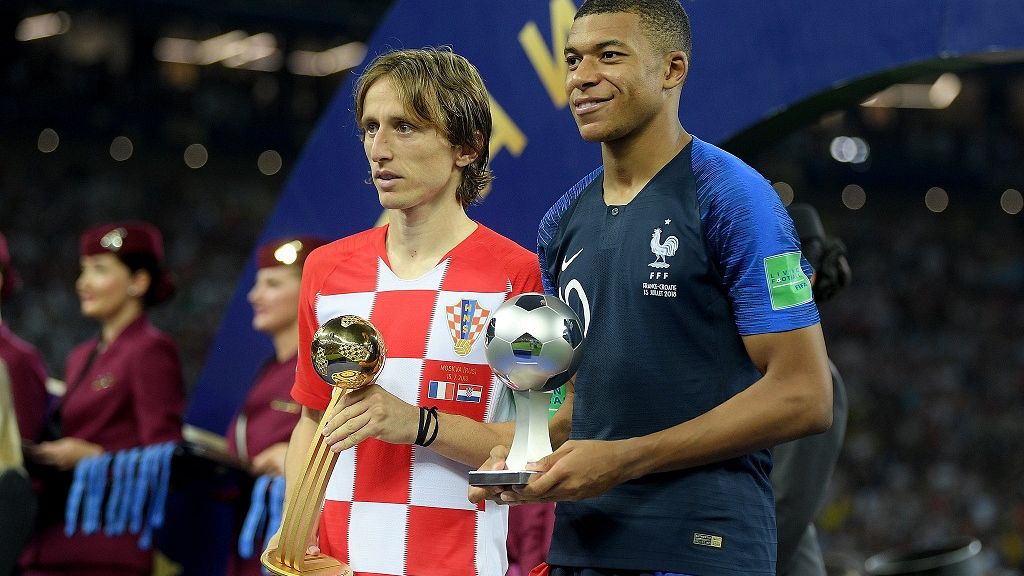 All five African teams were eliminated at the group stages, managing just three wins out of 15 matches.

The performance, which was Africa’s worst since 1982 was quite dramatic as the Egytians with star player Mohamed Salah who was not fully fit, the Nigerians were eliminated on the final day thanks to a late Argentina goal while the Senegalese were undone by FIFA’s fairplay rule.

Russia opened the World Cup with an emphatic 5-0 win over Saudi Arabia, and the hosts then took the football world by storm, beating Egypt 3-1 in their second game to qualify for the knockout stages. They then stunned 2010 world champions Spain, winning 4-3 on penalties after a 1-1 draw. Russia’s fairytale run was eventually ended by Croatia in the quarter-finals, through yet another penalty shootout.

Ultimately, Russia’s win was in the hosting of thr tournament itself. Over the last one month, Russia has hosted 32 teams playing in 11 cities across 12 stadiums in what has also been described as the most expensive edition of the tournament.

“I think the World Cup has changed the perception of the world towards Russia. Everyone has discovered a beautiful country, a welcoming country, full of people keen to show to the world what maybe sometimes is said is not what happens here,” Infantino said.

The use of video assistant referees (VAR), a first at the global stage, was one of the biggest headlines at the 2018 FIFA World Cup.

VAR was used to review up to 335 incidents during the group stages, and was also used to award a penalty to France during the World Cup final against Croatia.

Russia 2018: the World Cup where VAR made the difference

5. The stars did not come to the party

The 2018 World Cup quickly became notorious for its upsets and level playing field.

Five time World Players of the Year, Lionel Messi and Cristiano Ronaldo did not live up to their billings as both Argentina and Portugal were eliminated at the Round of 16. Ronaldo scored four goals including a stunning hat-trick in the opening game against Spain while Messi only managed one goal against Nigeria in the group stages.

Brazil’s Neymar was another star who did not shine in Russia, making headlines for his dramatic theatrics and exagerations of injury rather than his football skills. His team was eliminated in the quarter finals, leaving the star power to less known stars like Belgium’s Hazard and Croatia’s Modric.

France were the only title favorites, who were not exposed to the wrath of upsets in Russia.

Defending champions Germany were stunned in their opening game by Mexico (1-0), before they lost 0-2 in the final group game to South Korea, a result that confirmed their humiliating elimination at the group stage.

Argentina, Spain and Brazil were all frustrated in the group stages before their elimination in the knockout stages.