World Cup: It's Europe vs South America all over again, but the underdog stands a chance 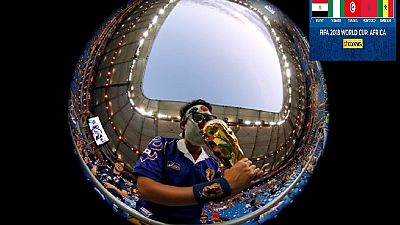 Europe and South America will do battle again for soccer supremacy in the World Cup quarter-finals but with many of the usual combatants having already exited, there is a fresh feel to a line-up that promises a new or long-absent finalist.

While Africa, Asia and North America will not be represented, dashing any hope of a revolutionary breakthrough in the eventual destination of the trophy, at least one of this year’s finalists will not have reached the title decider for half a century, if at all.

With perennial challengers Germany, Spain and Argentina all having exited a tournament that has thrown up a never-ending series of surprises, the draw has a distinctly unbalanced feel in terms of the talent weighing on either side.

In one half, England, who played their one final when they won the title in 1966, and Sweden, who lost to Brazil on home soil in the 1958 final, will meet in Samara on Saturday with a last-four clash against Croatia or Russia awaiting the winner.

Neither the hosts, whose previous best was a single semi-final appearance as the Soviet Union in 1966 or Croatia, who also reached the last four in 1998, were expected to challenge but have significantly outshone many supposed superiors.

On the other side of the draw, five-times winners Brazil take on Belgium’s so called ‘Golden Generation’, and 1998 champions France face Uruguay, who were crowned twice in the tournament’s early history.

It is here that the habitual battle between soccer’s two dominant continents, who have produced all previous World Cup winners, will take place.

While it is the fourth time in the last seven tournaments that no team outside of Europe or South America is in the last eight, even this quadrennial conflict will spurn its usual template.

Brazil, usually the game’s great entertainers, and Uruguay boast the meanest defences at the World Cup having both conceded once in their four games.

Their opponents, Belgium and France, are more focussed on creating havoc at the other end.

Uruguay kept Portugal’s Cristiano Ronaldo at bay in their 2-1 last-16 win, just as France banged in four against Argentina at the same stage. They play in Nizhny Novgorod on Friday.

The spotlight on Brazil is still stubbornly trained on talisman Neymar, who has been defined by his histrionics as much as his performances in Russia, yet the true heroes of their current side are seemingly stationed at the other end of the pitch.

Brazil’s defensive record under coach Tite has been remarkable, with only six goals conceded in 25 matches, and they have been just as miserly in Russia.

Belgium, however, are the tournament’s highest scorers with 12 in four straight victories including their superb comeback from two goals down to beat Japan in the last 16.

In Eden Hazard and Kevin de Bruyne, Belgium, who last reached the semis in 1986, have two of the game’s most devastating creators.

Yet as they walk out to face world soccer’s mightiest superpower in Kazan on Friday, they might wish they were playing relative minnows Sweden instead.

That could have been their fate had they lost their last group game to England, who have been handsomely rewarded for finishing runners-up with – on paper – what appears to be a far-easier route to the final.

Having overcome Colombia on penalties in the last 16, England manager Gareth Southgate will probably feel his decision to field a second-string side against Belgium has been vindicated.

If England get past workhorses Sweden, whose brand of football is not the easiest on the eye, they will face either Russia or Croatia, who play each other in Sochi on Saturday.

None of the teams in this side of the draw, including England, would have begun the tournament with realistic expectations of reaching the final.

Yet what were once distant dreams are now edging closer to reality.