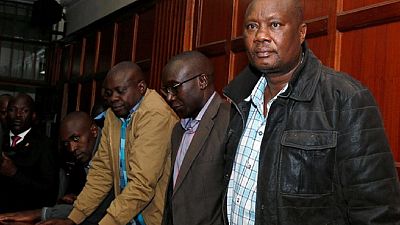 A Kenyan county governor was arrested on corruption charges on Wednesday, the national anti-graft agency said, part of a crackdown that has seen dozens of raids and investigations in the past two months.

Sospeter Ojaamong, the governor of western Busia County, made no immediate comment, but told KTN News television on Tuesday he was “clean as cotton, or snow”.

The director of public prosecutions, Noordin Haji, said on Tuesday Ojaamong and nine other officials would be prosecuted over the theft of millions of Kenyan shillings of public funds.

He said the charges against Ojaamong would include abuse of office and conspiracy to steal public funds, and centred on procurement practices linked to a solid waste management system in Busia, which borders Uganda.

Kenyan media have reported on more than a dozen graft scandals involving state agencies and officials since President Uhuru Kenyatta was re-elected last year. He has promised a renewed crackdown on graft.