Africa's disastrous performance at the World Cup in Russia 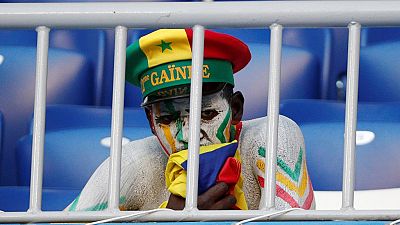 As dreaded, Senegal failed to hold off Colombia in their last group game on Thursday and were consequently knocked out of the World Cup in Russia, confirming the elimination of all five African representatives.

This turn of events ranks as the worst performance for the continent since the 1982 finals in Spain.

Egypt, Morocco, Nigeria and Tunisia were already eliminated, and Senegal joined them after it became the first team in football history to eliminated by fair play points. Senegal which was tied with Japan on four points, had the same goal difference and were edged out by the Asians because they had two more yellow cards.

In every tournament since the 1986 finals in Mexico, at least one African country has made it through to the knockout stages, even when there were only three African teams in the field.

Africa’s allocation was increased to five places when the World Cup was expanded to 32 teams in France in 1998, and when South Africa hosted the 2010 finals there were six African sides.

Ghana, riding a wave of popular support, got within a whisker of a semi-final place at that tournament, but the others all bombed out early.

The quarter finals which is the furthest an African side has reached, was also achived by Senegal in 2002 and Cameroon in 1990.

Despite the fact that Africa has produced some of the best talent to play in European leagues, and a standing prediction by Brazil football legend Pele that an African team would win the World Cup by 2000, the wait is still on.

Algeria and Nigeria advanced in Brazil four years ago, but the latest batch of African sides have produced a poorer return.

Egypt lost all their three games in Russia, affected by the partial absence of their talisman, Liverpool star Mohamed Salah. The Pharaohs succumbed to Uruguay 0-1 in the opening game, before losing to hosts Russia 1-3 in the second game that effectively eliminated them from the tournament. In the final game, Asian side Saudi Arabia beat them 2-1.

Morocco drew some positive reviews but picked up only one point, holding the 2010 world champions Spain to a 2-2 draw in their final group game. Before that, the North African side had been undone by two heartbreaking 0-1 losses against Iran and Egypt.

Nigeria were eliminated after losing out late in a drama-filled match against Argentina on Tuesday (1-2). The Super Eagles had lost their opening game 0-2 to Croatia before reviving their fortunes with a 2-0 win against Iceland.

Tunisia were eliminated after losing their first two games, 1-2 against England and 2-5 against Belgium. The North African side bowed out with a 2-1 win over World Cup debutants Panama, finishing with three points behind England and Belgium.

Senegal, obtained four points from their first two games, beating Poland 2-0, and drawing 2-2 against Japan before their eventual elimination.

With 54 member countries, Africa has only one less nation than UEFA, European football’s governing body, but Europe has the lion’s share of teams at the World Cup, 14 including host Russia.

African countries used to point to the imbalance as unfair.

But this argument has been quietly abandoned as results have failed to back calls for increased representation. The continent’s performance in Russia so far looks unlikely to change that situation.

Which players have impressed you at the World Cup in Russia so far?