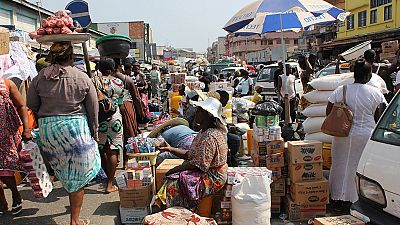 A United Nations report finds millions of people in Ghana are not benefiting from the country’s booming economy, but remain mired in poverty. The U.N. Special Rapporteur on extreme poverty and human rights has submitted the results of his 10-day fact-finding mission to Ghana in April to the U.N. Human Rights Council.

He says the poor are losing out amidst the country’s growing wealth because Ghana spends 50 percent less than its peer countries in Africa on social protection.

So, the risk is that Ghana continues to be the great economic success story in the continent, but that very little of the wealth will trickle down to a fairly extensive number of Ghanaians, who continue to live in poverty.

Professor Philip Alston’s report on the state of the economy of Ghana today is healthiest reward to the country. https://t.co/Hm2rxdgKU4 https://t.co/V8zIbWQYvH

GENEVA (20 June 2018) – Ghana’s flagship policies might well stimulate the country’s economy but they won’t do much to get rid of… https://t.co/XSLa2LXqOS

According to him says most of the country’s resources are being plowed into private investment projects designed to make the wealthy better off. He says this policy comes at the expense of providing better employment opportunities and welfare benefits for the poor.

“So, the risk is that Ghana continues to be the great economic success story in the continent, but that very little of the wealth will trickle down to a fairly extensive number of Ghanaians, who continue to live in poverty,” said Alston.

Statistics show one in five Ghanaians live in poverty and one in eight live in extreme poverty. Alston says he finds it particularly troubling that 28 percent of children live in poverty.

“ #Ghana beyond #aid needs to be a WISE economy – #wealthy, #inclusive, #sustainable, #Empowered.” Going #digital will help with this. Panel discussion at #ATF2018 AcetforAfrica #dialogue4action pic.twitter.com/cm3kf98Yme

He said Ghana has a very big problem of corruption and the failure of the government to collect taxes strips the country of important revenue.

“That means that they do not have revenue for additional spending.So, they need to crack down seriously on corruption and on tax evasion and some of the resulting money, even a small part of it needs to be actually spent on these social protection programs,” said Alston.

Ghana is the second fastest growing economy in Africa of 2018.

In response, Ghana notes inequality often affects rapidly expanding economies such as its own. But, it says the government is committed to reducing poverty and to achieving the U.N. Sustainable Development Goal of eradicating poverty by 2030.